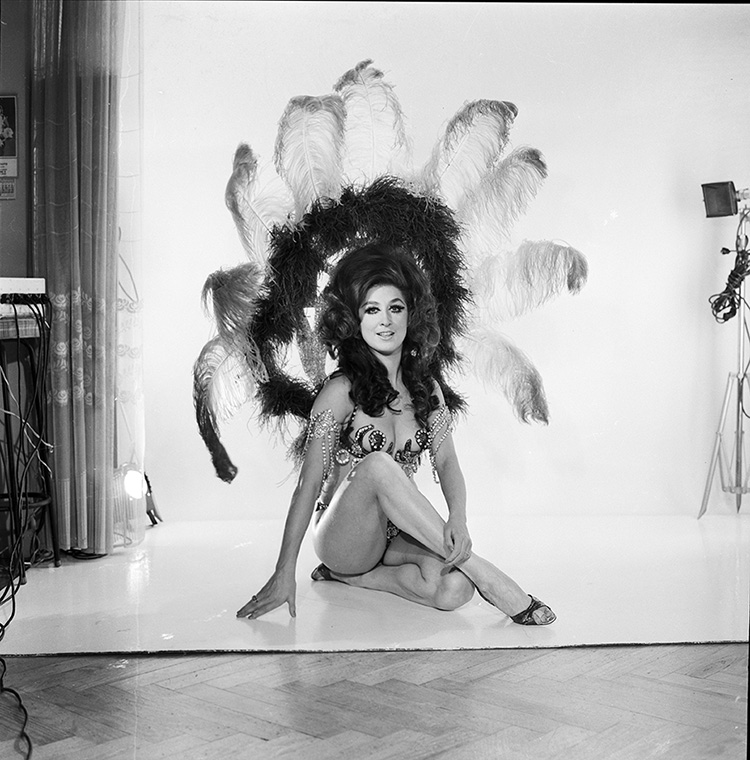 The photos in the exhibit focus on the 1960s and the 1970s and illustrate how revue theater, a phenomenon in Argentine popular culture, has reflected the political, economic, social and cultural changes the country went through. At the same time the photos show the personal take and effect of mass distribution the sisters managed to generate in and with their studio.

Curated by Sofia Dourron in collaboration with Sol Miraglia, who heads the Photo Studio Luisita, the exhibit shows a selection of photos produced between 1964 and 1980 in which show spectacle is intertwined with the domesticity of the Escarrias’ home-studio on Corrientes Avenue. Iconic vedettes such as Ethel and Gogó Rojo, Mimí and Norma Pons, Nélida Lobato, Nélida Roca, Susana Giménez, Moria Casán, Marrone, Olmedo y Porcel have been portrayed.

The exhibit includes negatives, slides, collages and documents that shine a light on the process behind the creation of these photographs: from the original shot in the photo studio to the retouched end product on the poster, flyer or program handout. From the beginning till the end, entirely the work of the two sisters. Luisa with her gaze and Chela mastering the montage.

“The patriarchy of the revue spectacle merges with the familiarity of the matriarchy in the photo studio, the feathers and glitters with the domesticity of Luisita, the massive image reproduction with Luisa’s unique observation, body politics with Chela’s playful processes, and the showlights with the austerity of the space on Corrientes Avenue where the sisters’ decorative style created its own spectacle.”, explains the curator.

Founded by Luisa Escarria and her sister Chela, under the wings of their mother Eva, the photo studio is key in re-reading the history of the revue and it’s showgirls, which dominated the stages on Corrientes Avenue since the 1920’s.

Such as Annemarie Heinrich and Olga Massa before her, Luisa Escarria has been responsible for the visual legacy of vedettes, comedians, musicians and artists, who lived and gave light to the city of Buenos Aires and form a part of the city’s culture and collective identity.

The attentiveness with which the photographers captured the smallest of gestures, such as a near invisible twinkle in the eyes, or the unfolding of a choreographed body movement, created images which turned the starlets into icons: Nélida Roca submerged in a boa of red feathers, Norma and Mimi Pons with their cloud-like blond hairdos or Ether and Gogo painted in gold from top to bottom on the legendary Maipo stage.

In short: the exhibit shows the world of the revue from the 1960s and 1970s, a turning point in our culture, which has been wonderfully captured and preserved by the Escarria sisters.

All the objects found in the archive show us the world beyond and behind the glamour and the glitter; the studio with the dogs and the birds, the peachy curtains with a glimpse of light shining through, the fans, the plants, the chairs… the original slides with annotations on the side. They tell a story within the story.

Photo Studio Luisita was founded by Luisa Escarria (Cali, Colombia, 1929 - Buenos Aires, Argentina, 2019) and her younger sister Chela (Cali, 1930), following the footsteps of their parents. Luisa was the photographer and Chela did the manual editing and coloring in the laboratory.

The women of the Escarria family emigrated from Colombia in 1958, following the era of ‘Violencia’ and, upon arriving in Argentina, installed themselves in the mythical apartment on Corrientes Avenue, which served as both their home and their studio - up until 2009.

Luisita and Chela did the photography for the theatre screens and the programs at the Maipo Theatre. Between 1958 and 2007 they registered, above the buzzing stages of the theatres, in the quiet intimacy of their studio-home, tens of thousands of photos of actresses, actors, dancers, musicians, comedians and others that are part of popular Argentinean culture. Nélida Lobato, the sisters Pons, Amelia Vargas, Moria Casán, Susana Giménez, Susana Traverso, René Lavand, Atahualpa Yupanqui, Pepe Marrone and Juanita Martínez are among the hundreds of celebrities that can be found in the archive with more than 40.000 images. 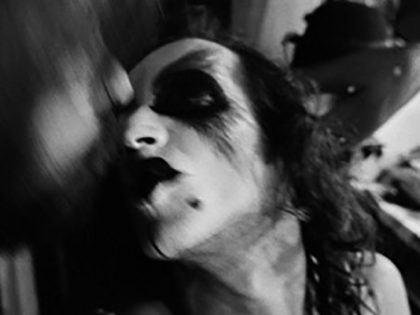 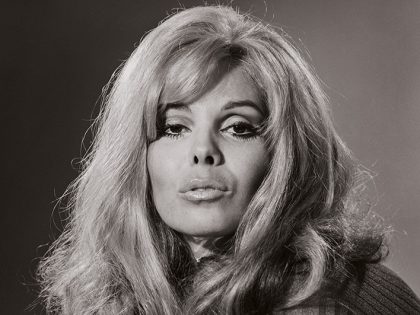