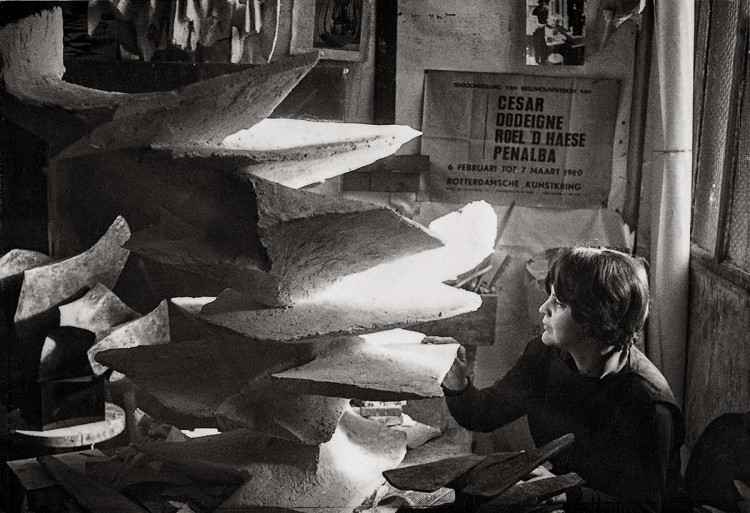 This event is the first solo exhibition of artist Alicia Penalba (San Pedro, Buenos Aires, 1913–Landes, France, 1982) ever held in a museum in Argentina. It will include a selection of her abstract sculptures from different series (totemic, winged, monumental, and petits works) produced from the time she moved to Paris in 1948 until her unexpected death in 1982.

Product of collaboration with the Alicia Penalba archive—which also contributed key information to the curatorial research—the show includes as well sketches, photographs, letters, articles in the press, and sound and film materials on the artist’s thinking and production process: the raw material for a documentary produced by El Pampero Cine on the occasion of the show.

The film shows the monumental works Penalba created for public spaces like the University of St. Gallen, Switzerland (1963); the Hakone Art Museum, Japan (1969); the MGIC Investment Corporation in Milwaukee, USA (1978); and the Société Roche Neuilly, France. As one of the few women to have produced monumental sculptures like those, Penalba is a major figure in the history of non-figurative Argentine art.

In the framework of the exhibition, MALBA will present an approximately five-meter-tall totemic sculpture on its esplanade as part of a program that has featured major works by Leandro Erlich and Jeff Koons.

Alicia Penalba. Esculturas forms part of the series of projects housed in Gallery 3 that revisits the production of women artists who, for a variety of reasons, did not receive the recognition they were due at their historical moment or by contemporary art history. In the framework of the show and in collaboration with the Alicia Penalba archive, MALBA, in conjunction with Ediciones RM, will publish the first reference book on this artist.

Alicia Penalba was thirty-five years old and far from Buenos Aires, her family, and her work in painting when, in Paris, she discovered that she was a sculptor. In 1949 and 1950, she attended the Ossip Zadkine studio at the Grande Chaumière. She was an admirer of Brancusi and Hans Arp, of Giacometti and Pevsner. In 1951, after destroying her earlier work, she began making her first abstract sculptures. In 1957, the first solo show of her work, which featured totemic bronze sculptures, was held. That was the beginning of a career that would go beyond France and form a part of the history of 20th-century sculpture. She participated in II Documenta in Kassel in 1959 and, two years later, she was awarded the Grand Prize at the São Paulo Biennial. In the sixties, she developed a series of winged sculptures; frequent shows of her work were held and pieces of her authorship were acquired by the collections of museums and private individuals in Europe and America. In 1964, she participated in III Documenta. In 1968, the Musée d´Art Moderne de la Ville de Paris held the show Totems et tabous. Lam, Matta, Penalba—a joint show with two other masters of Latin American art. In 1977, that same museum held a major retrospective of her work. In an impressive collaboration with architecture, she made a set of monumental sculptures for the University of St. Gallen, Switzerland in 1963. In 1969, she created a large golden polyester relief for an outdoor museum in Hakone, Japan. In the seventies, in order to reach a broader audience, she made, on the one hand, monumental bronze sculptures for outdoor spaces and, on the other, small format and multiple works. In 1982, she and her life partner, French photographer Michel Chilo, were killed in an accident. 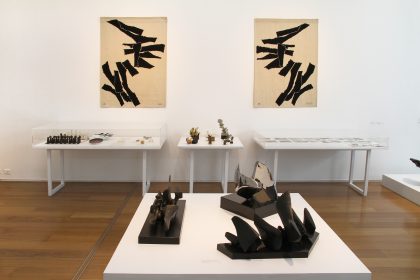 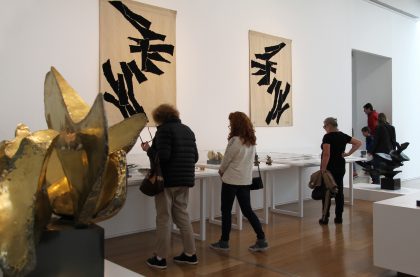 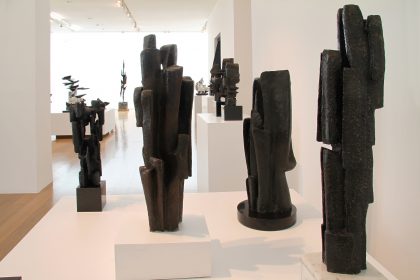 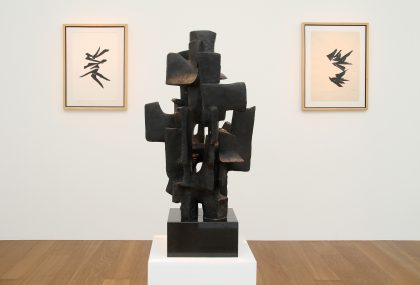 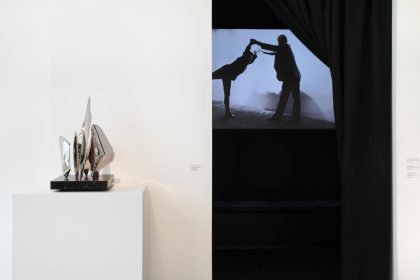 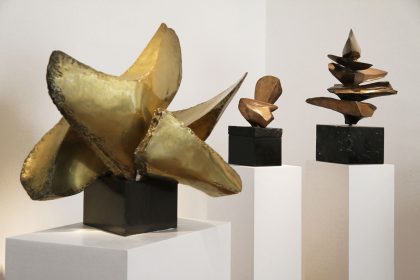 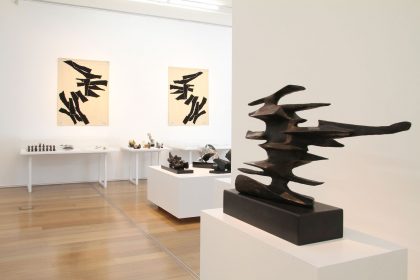 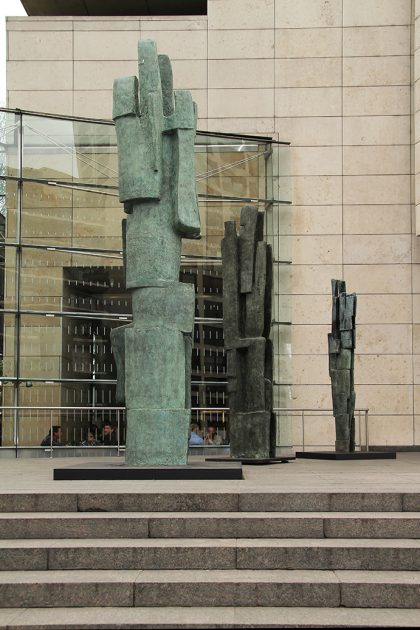 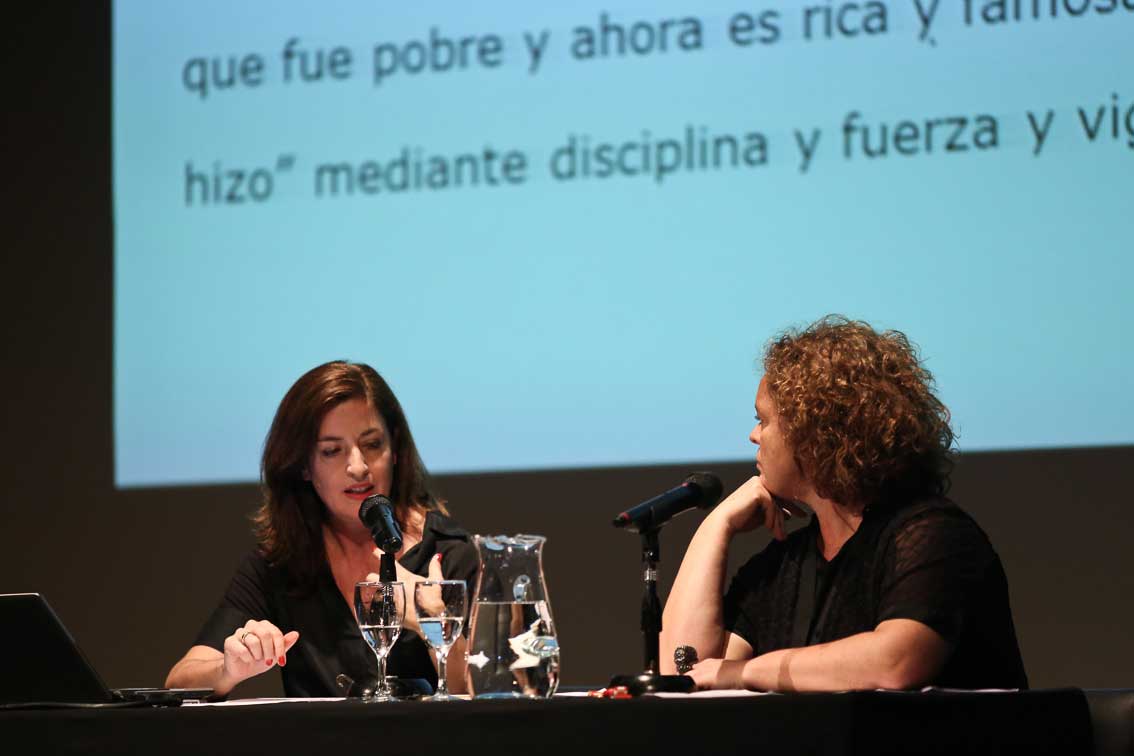 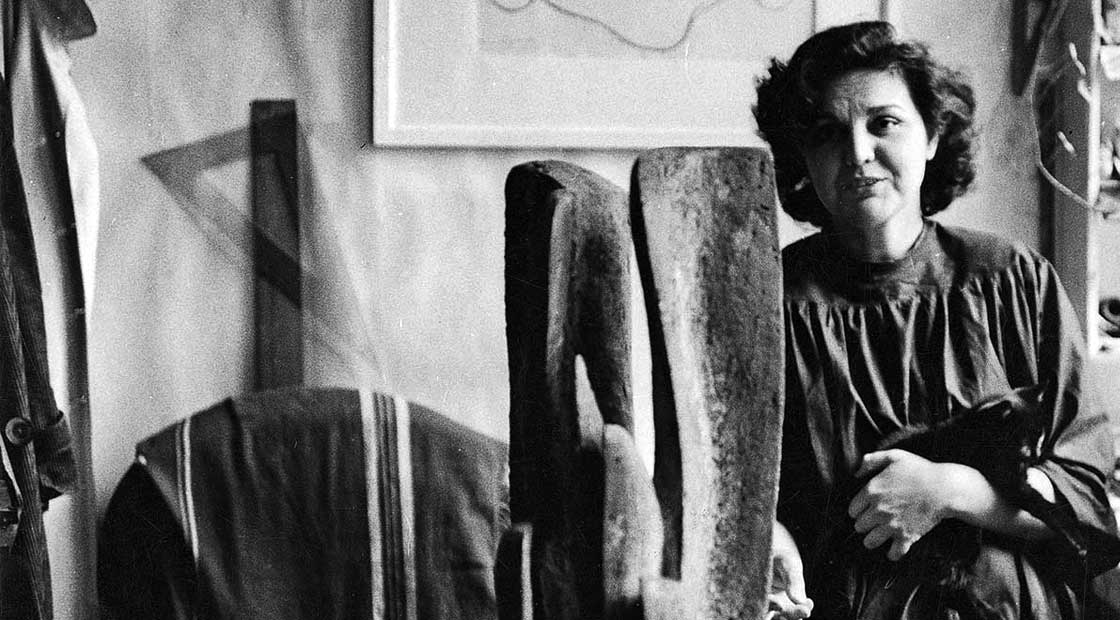