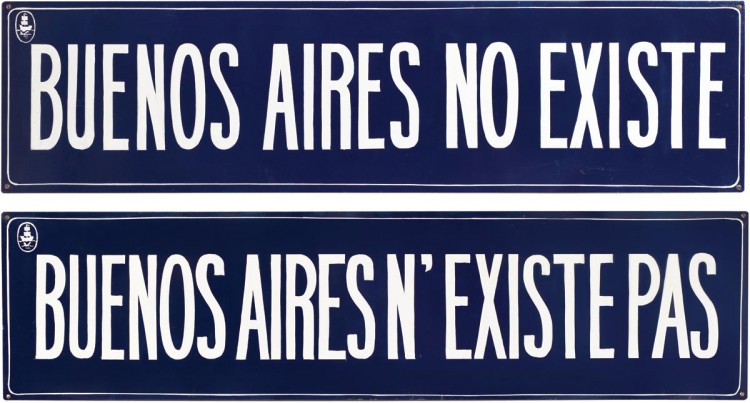 Malba presents Con vida propia, [With a Life of Its Own], a solo exhibition dedicated to the work of Argentine artist David Lamelas (Buenos Aires, 1946), a pioneer of conceptual art and one of the great protagonists in the 1960s Argentine art scene. Internationally recognized from the start of his career, Lamelas won a prize at the São Paulo Biennial (1967), represented Argentina at the Venice Biennale (1968) and participated at the Kassel Documenta (1972 and 2017). He has worked in the pop idiom, in conceptualism and media art, in a career that spans more than fifty years.

This exhibition brings together a set of photographs, films, sculptures, videos, performances and installations created from 1964 to the present, which offer a thorough survey of the work of this trail-blazing, multifaceted artist. Several of these pieces come from such major public and private collections as Tate Modern, Lacma Museum, the Pinault Collection, Museo Nacional de Arte Reina Sofía and Malba, among others.

Throughout his production, Lamelas has explored a great range of media. He was able to apply the intellectual tools he developed in his beginnings in Buenos Aires in the various contexts he lived in: his ideas immediately fit in with those current among artists in London, Paris or Los Angeles. In the words of María José Herrera: “Often, the historical accounts about Lamelas that come out of Europe and the United States take stock of the artist's contribution to conceptualism as if they were dealing with a native of Europe or the United States. In fact, you have to stress that the intellectual framework for his practice arose in Argentina, at a truly exceptional moment in its recent history."

Curated by Kristina Newhouse and María José Herrera. A Life of their Own has been organized in collaboration with the University Art Museum (UAM) of California State University at Long Beach (CSULB). It was initially presented in the United States in 2017, as part of the project “Pacific Standard Time: LA/LA,” a series of exhibitions devoted to exploring the relations between Latin American art and the city of Los Angeles.s.

Within the framework of this exhibition, Malba will present the publication in Spanish of the catalog copublished with with the UAM, in collaboration with Getty Publications. The 272-page catalog is the first comprehensive publication on Lamelas's oeuvre. It includes essays by the curators Kristina Newhouse (“Tiempo + Situación + Personas” [Time + Situation + People]) and María José Herrera (“David Lamelas en Buenos Aires”), and others by Valeria González, Inés Katzenstein, Daniel R. Quiles, Catha Paquette and Joy Sleeman. In addition, it contains three interviews with the artist: “Una vida nómada” [A Nomad's Life] by Alexander Alberro (Los Ángeles, 2016), “En el camino” [On the Road] by Ian White (2006), and a conversation with Adolfo Bioy Casares, Germán Gullón and Bartomeu Marí (Rotterdam, 1997).

Explore the exhibition together with the artist and the co-curator María José Herrera.

Lamelas studied at the Academia Nacional de Bellas Artes [National Academy of Fine Arts]. In 1965, he collaborated on La menesunda, the tour-like happening of Marta Minujín and Rubén Santantonín, and took part in the Braque Prize, the "Ver y Estimar" [See and Judge] Honors Prize, and in an exhibition curated by Jorge Romero Brest at Galería Guernica. In 1966 he received honorable mention in the National Prize of the Instituto Torcuato Di Tella and took part once again the "Ver y Estimar" honors prize. In 1967 he intervened in “Más allá de la geometría” [Beyond Geometry], “Experiencias visuales 67” [Visual Experiments '67] and “Estructuras primarias II” [Primary Structures II]. In the same year he was given distinction in the Ninth International São Paulo Bienal along with Jasper Johns (United States), Carlos Cruz-Diez (Venezuela) and Michelangelo Pistoletto (Italy). In 1968 he took part in “Materiales, nuevas técnicas, nuevas expresiones” [Materials, New Techniques, New Expressions] and in the “Experiencias 68” ['68 Experiments] of the Instituto Torcuato Di Tella. In addition, he represented Argentina in the 34th Venice Biennale, with the work Oficina de Información sobre la Guerra de Vietnam en tres niveles: imagen, texto y audio [Office of Information on the Vietnam War, on Three Levels: Image, Text and Audio] and was one of the artists in “Beyond Geometry,” at the Center for Inter-American Relations in New York. At the same time, he received a grant from the British Council and traveled to London to at St. Martin’s School of Arts. In the English capital he began to make shorts and 16-mm films. In 1972 he exhibited at documenta 5, in Kassel, where he was to return in 2017 for the 14th edition of this traditional event. Since 1976 he has lived between Los Angeles, New York, Brussels, Berlin, Paris and Buenos Aires, and has developed an extensive career which includes a great many exhibitions. 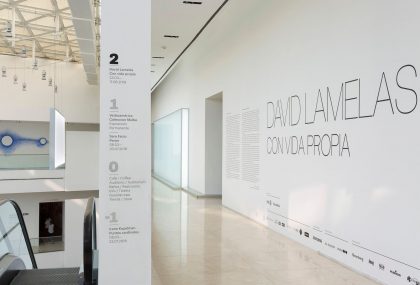 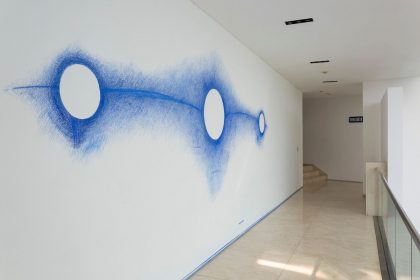 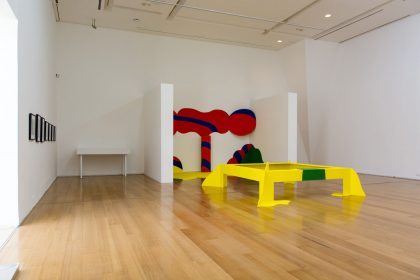 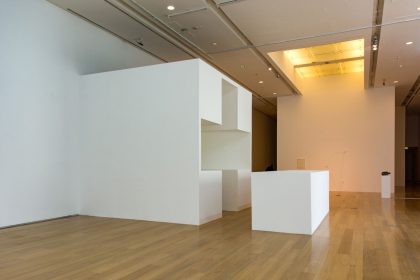 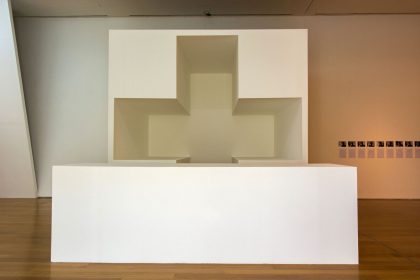 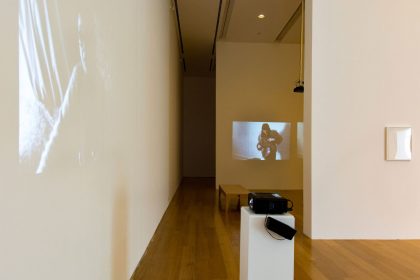 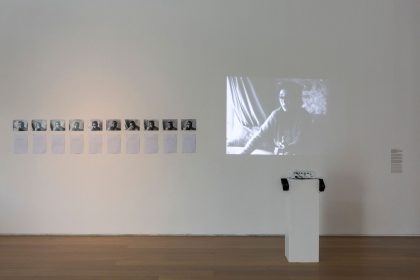 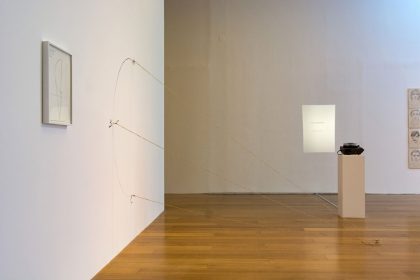 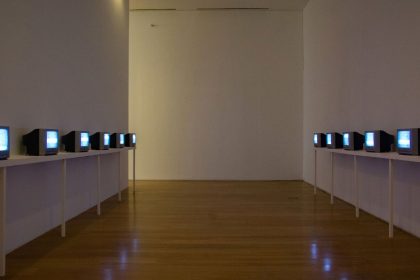 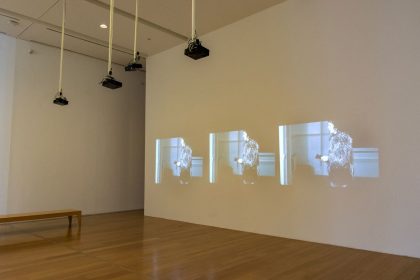 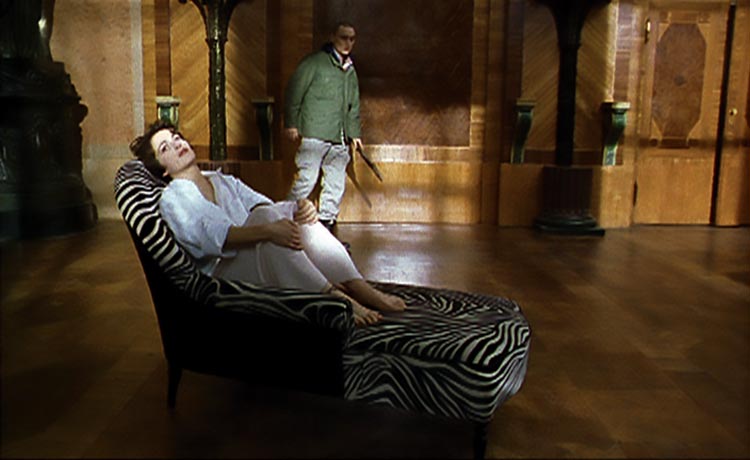 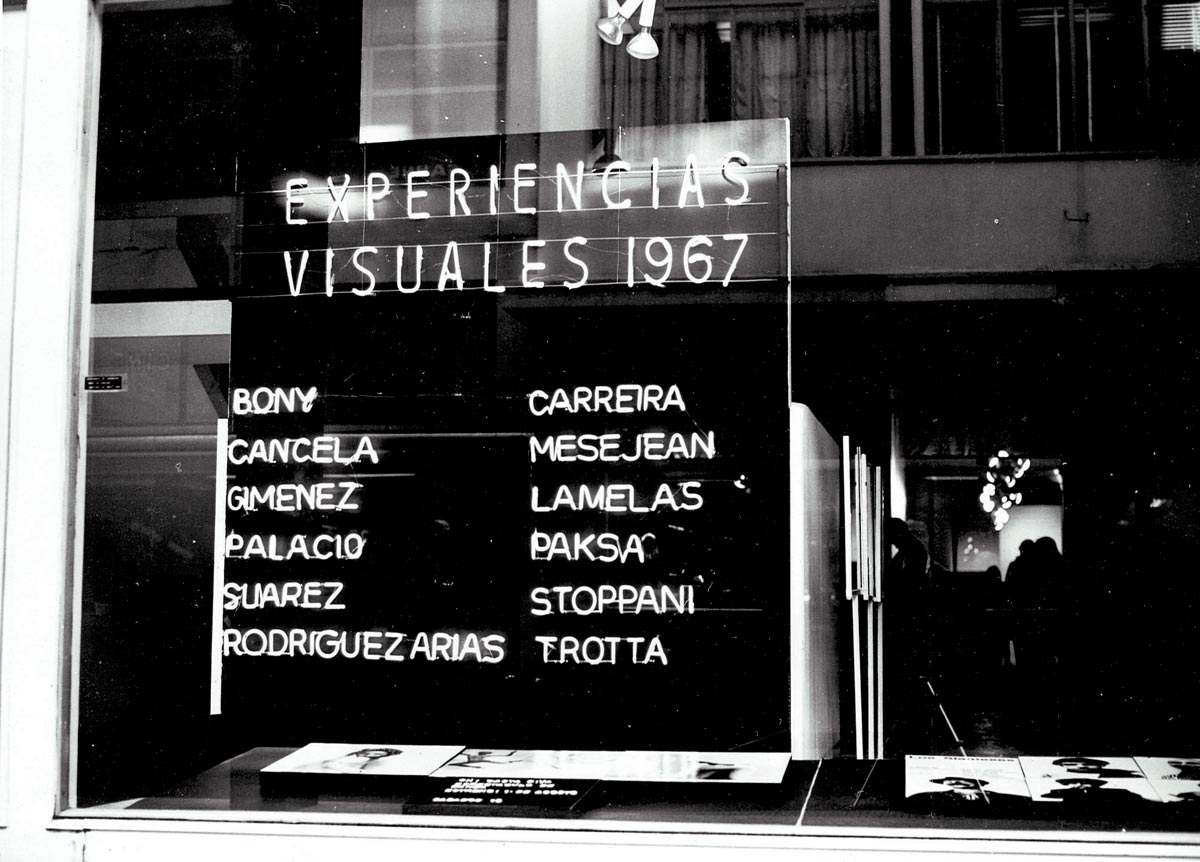 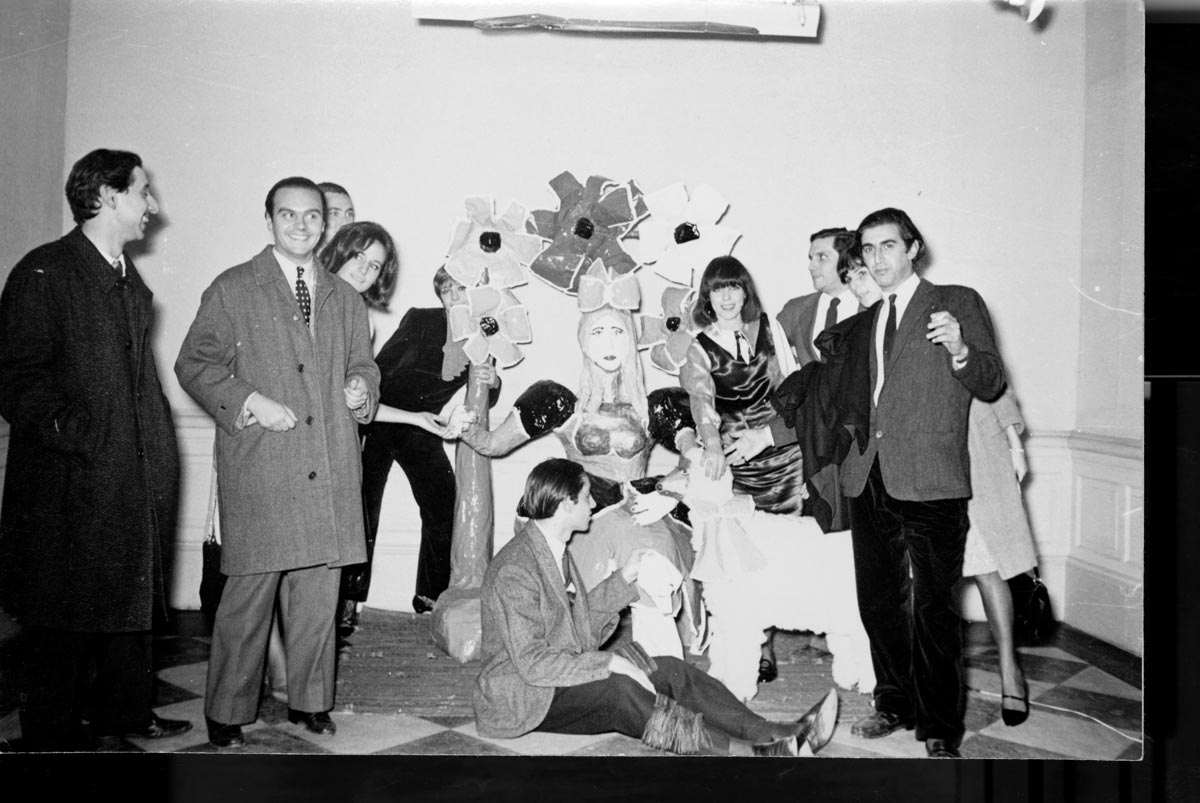 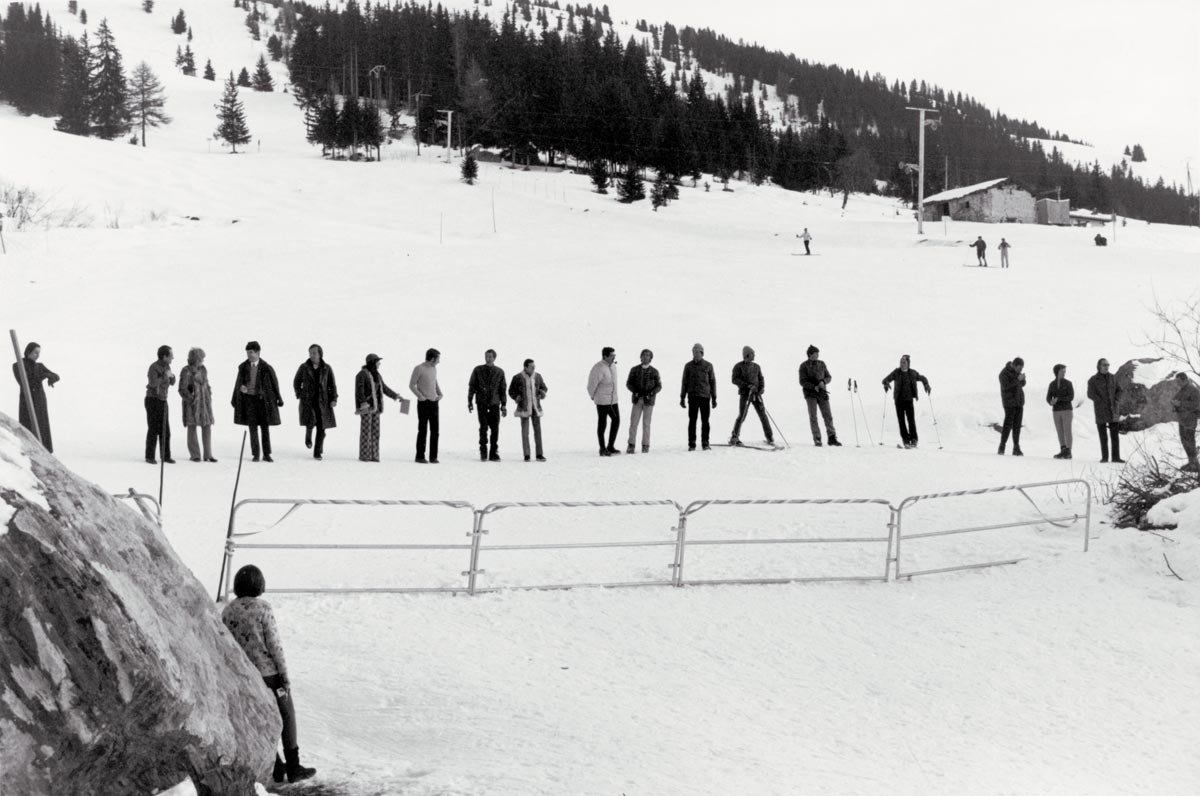 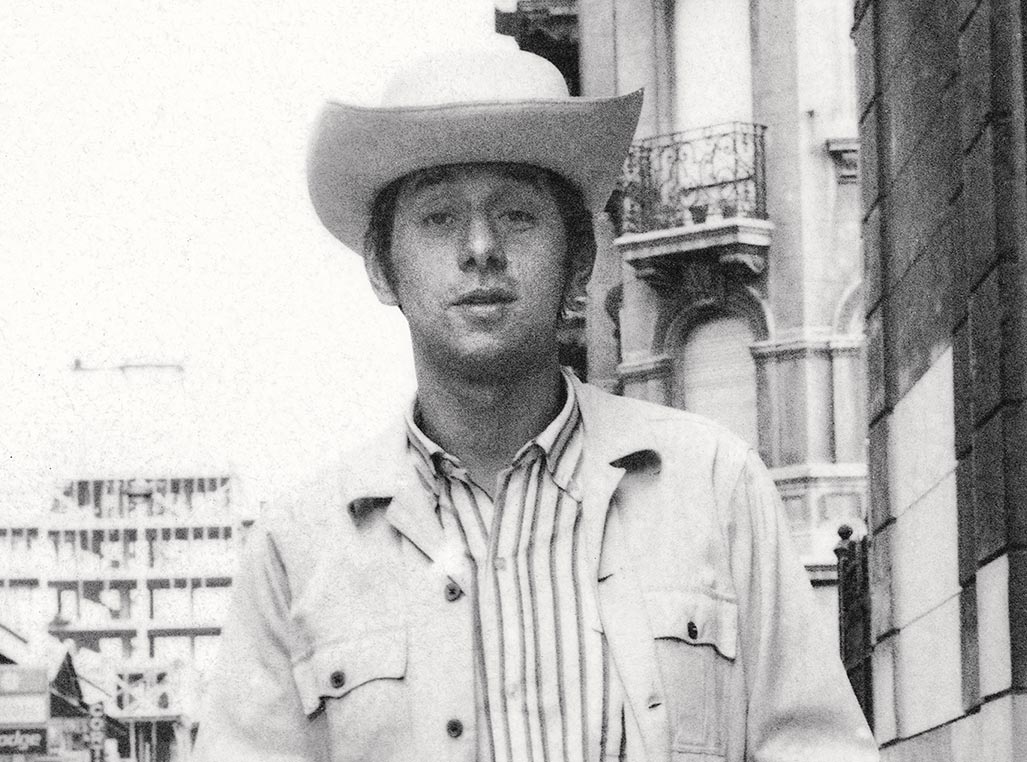 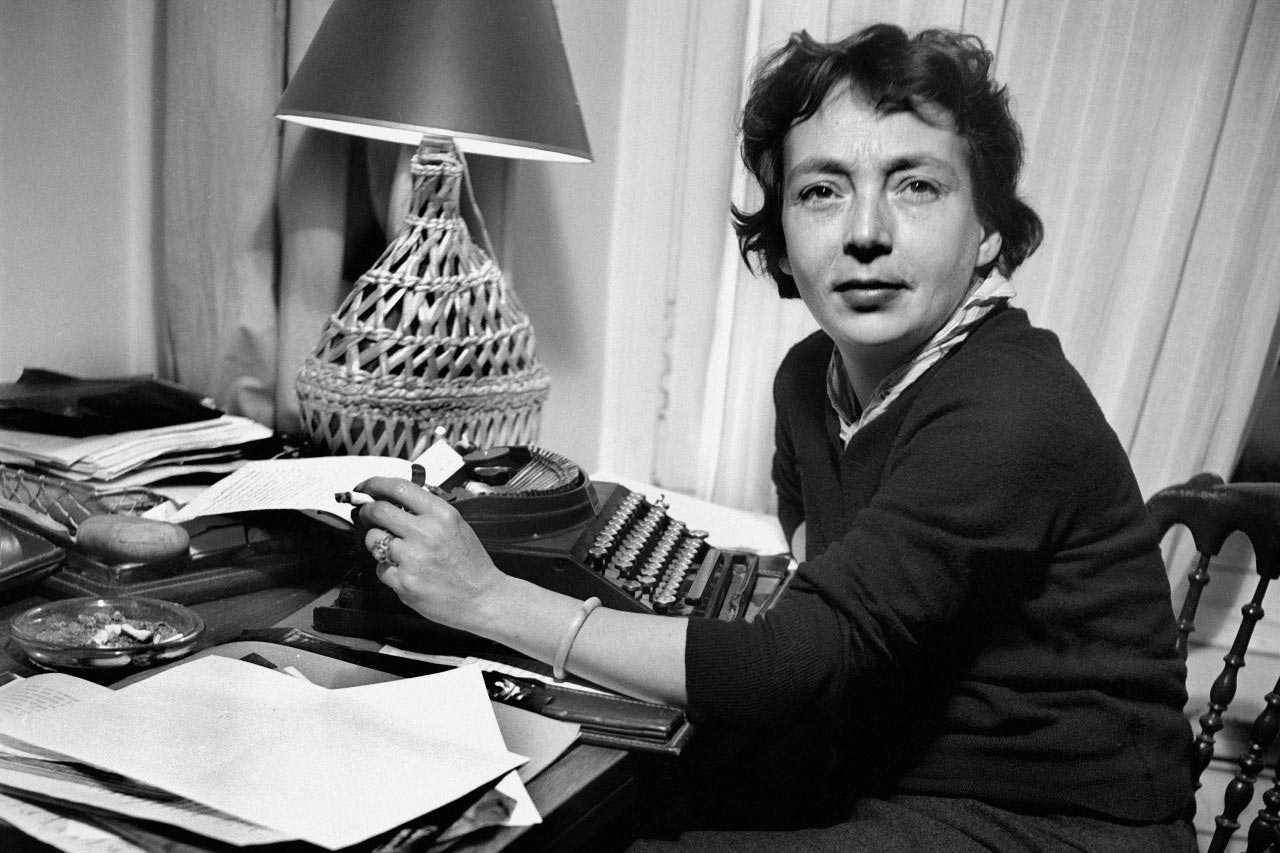 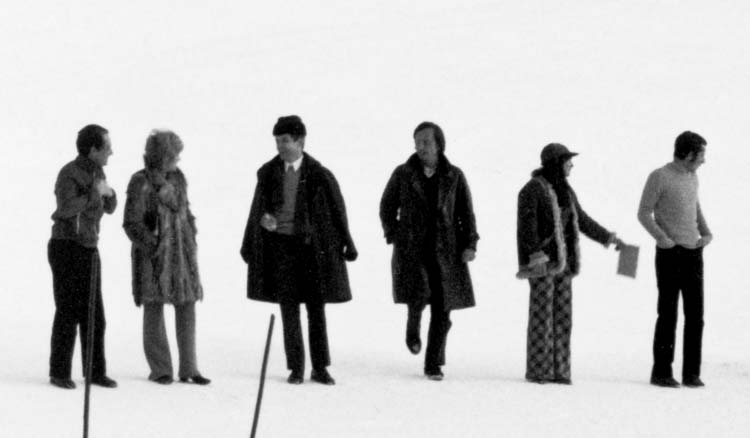 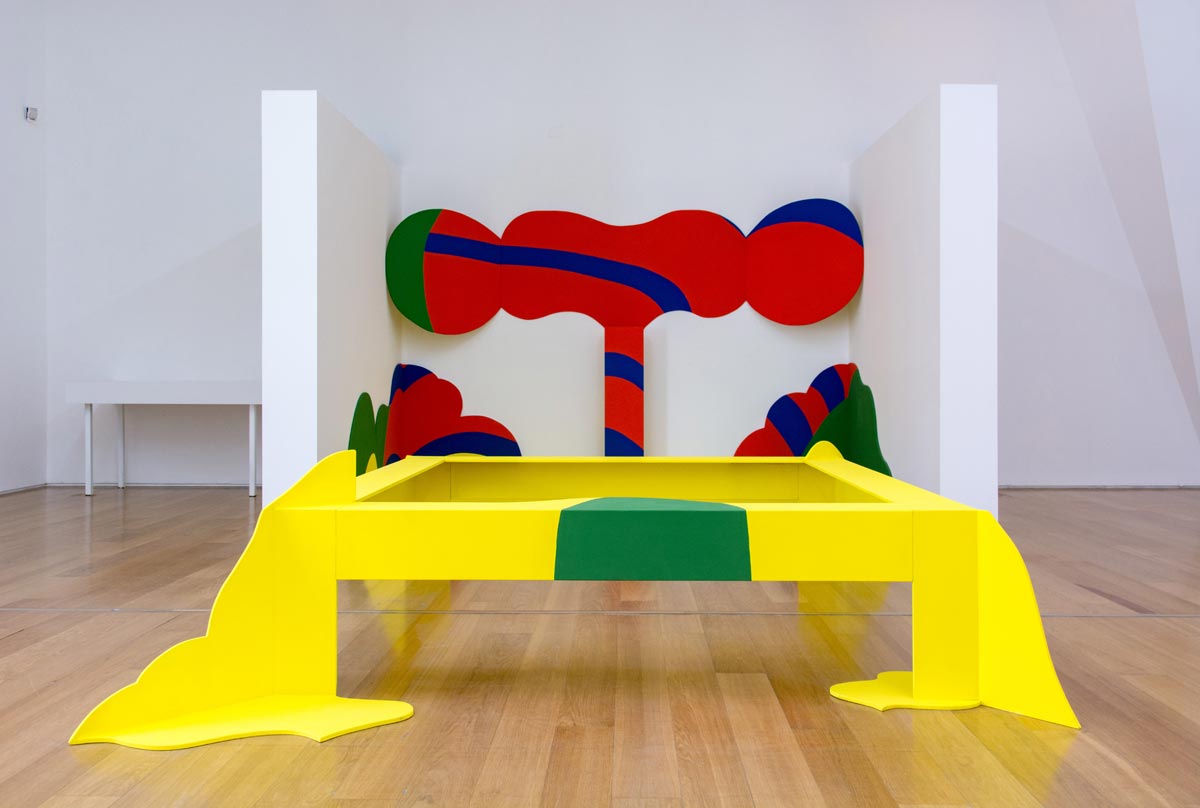 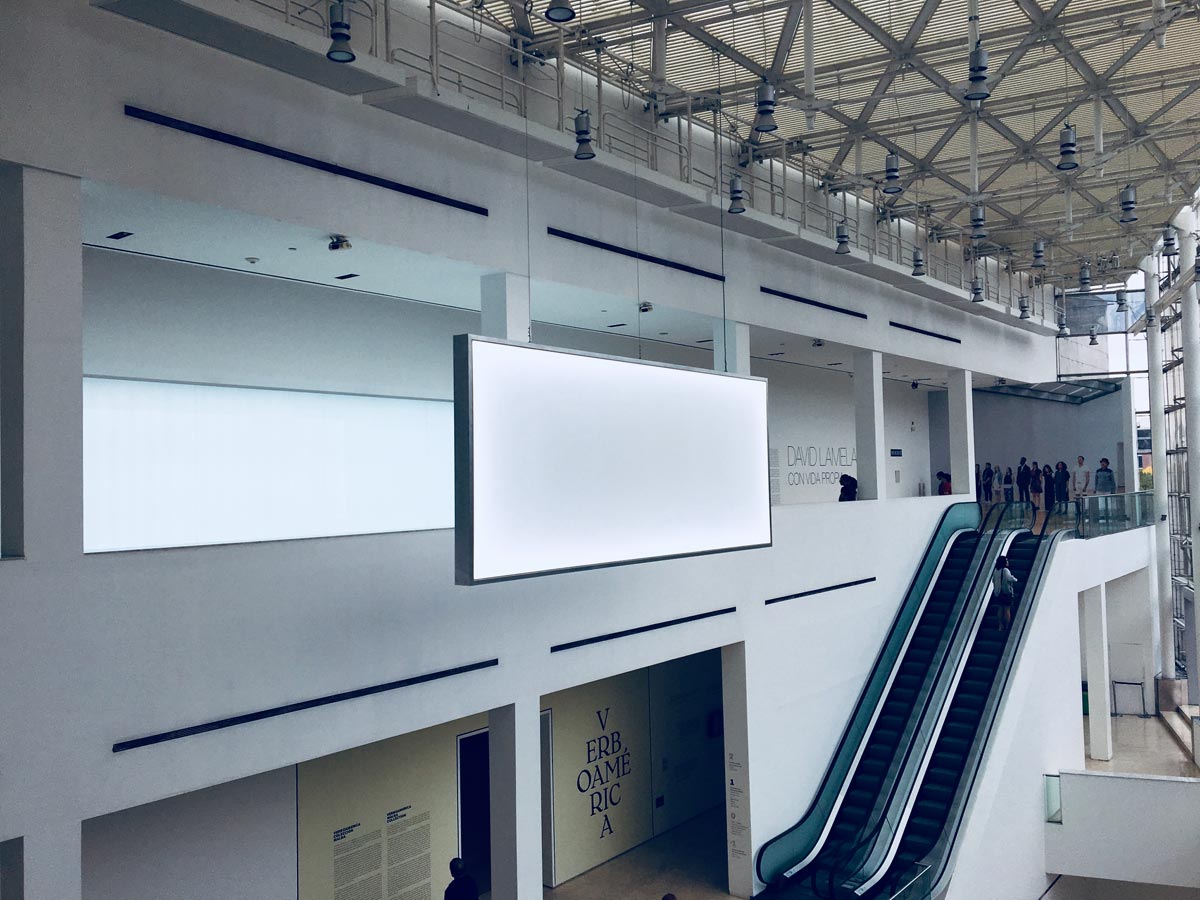 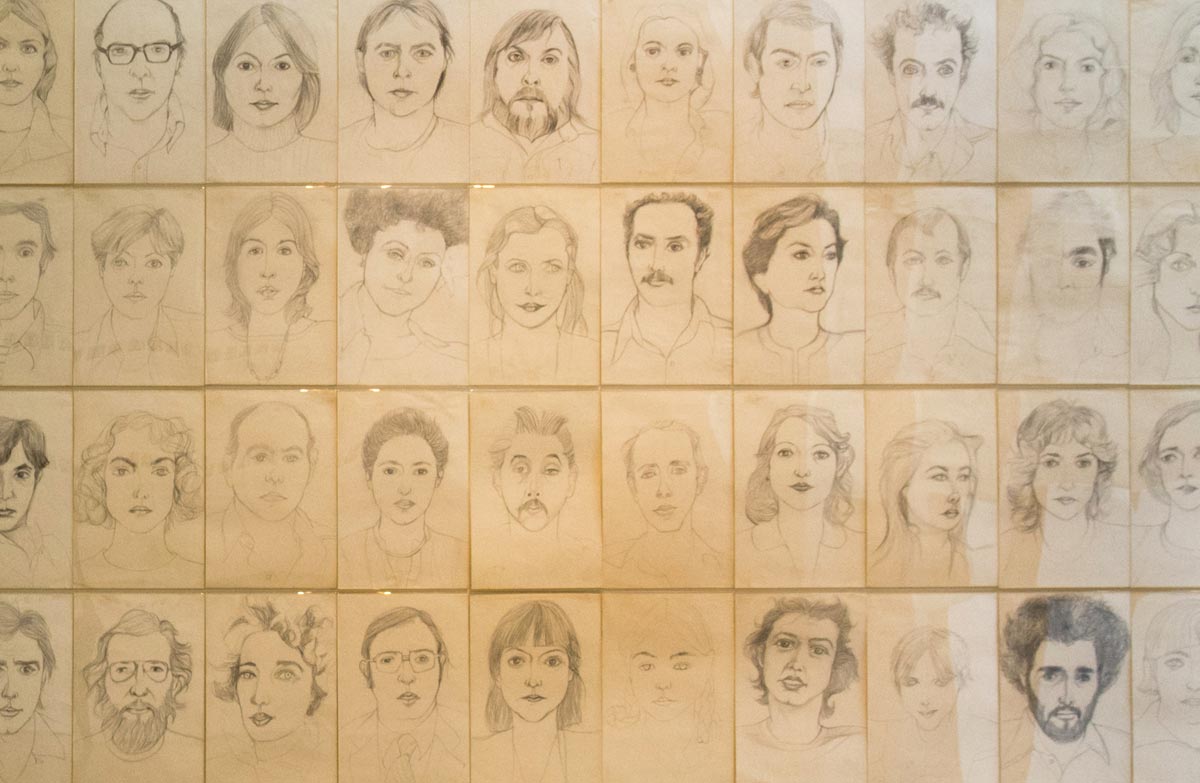 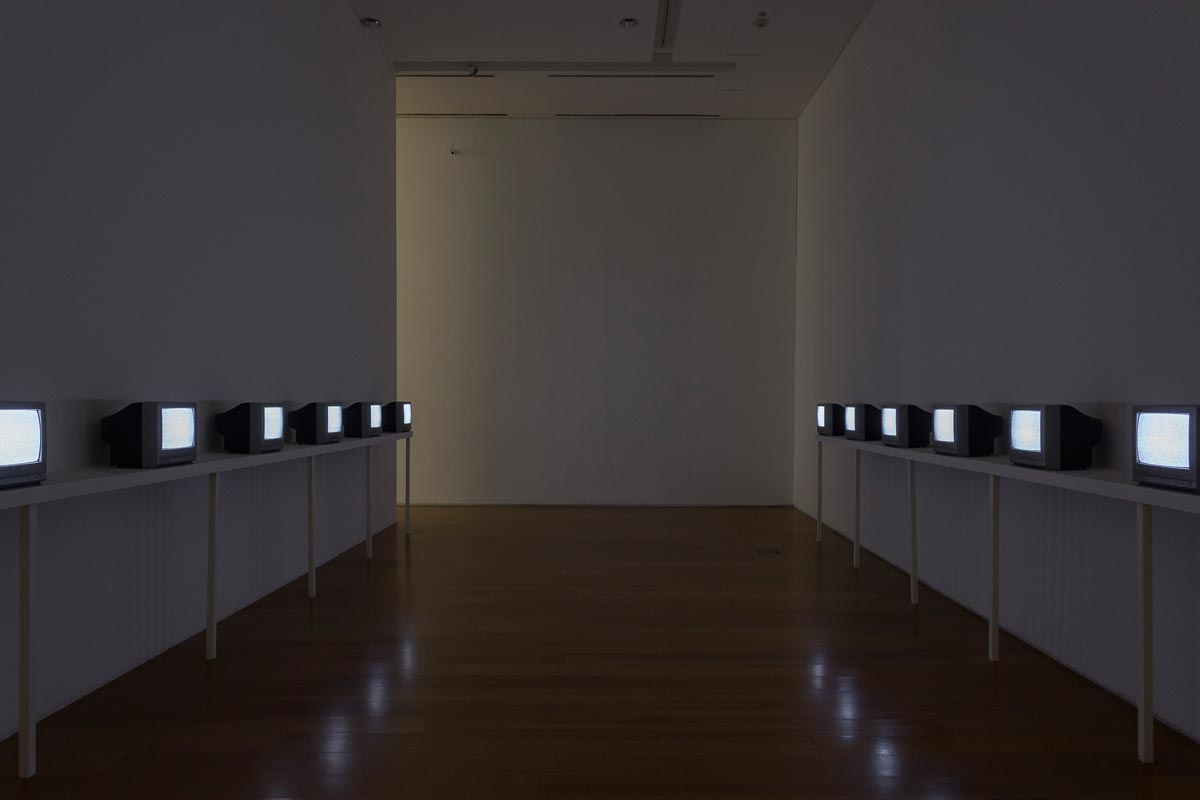 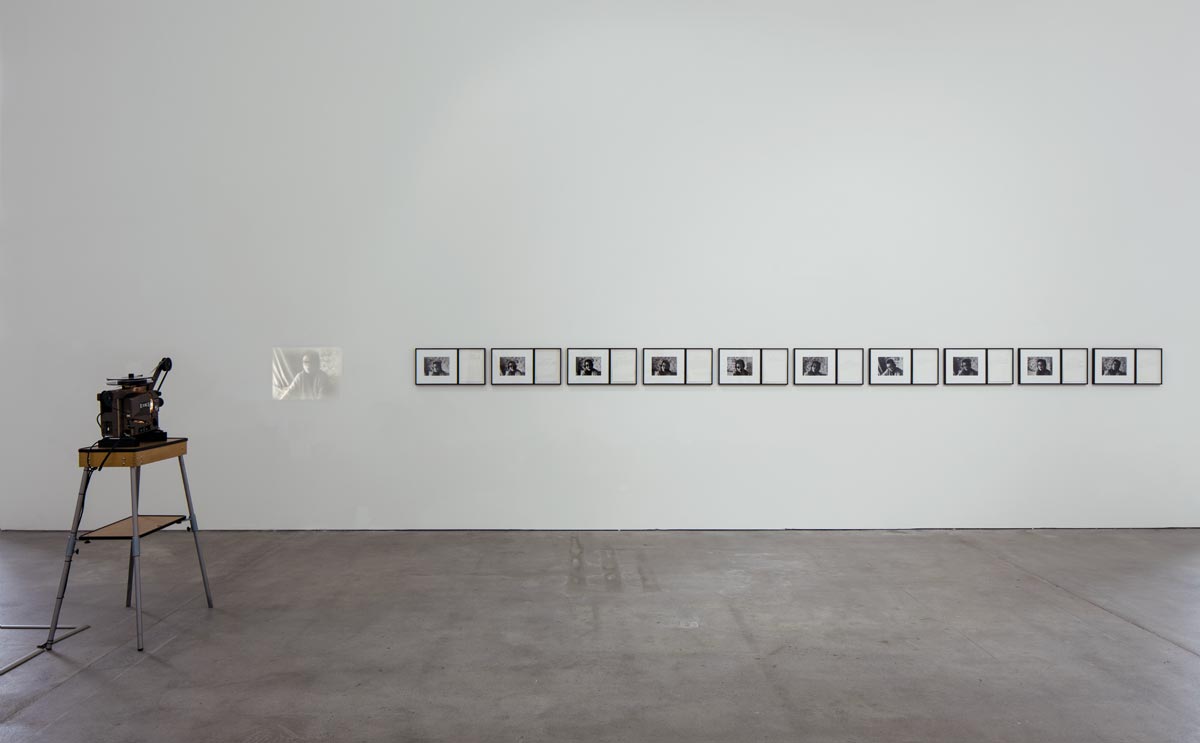 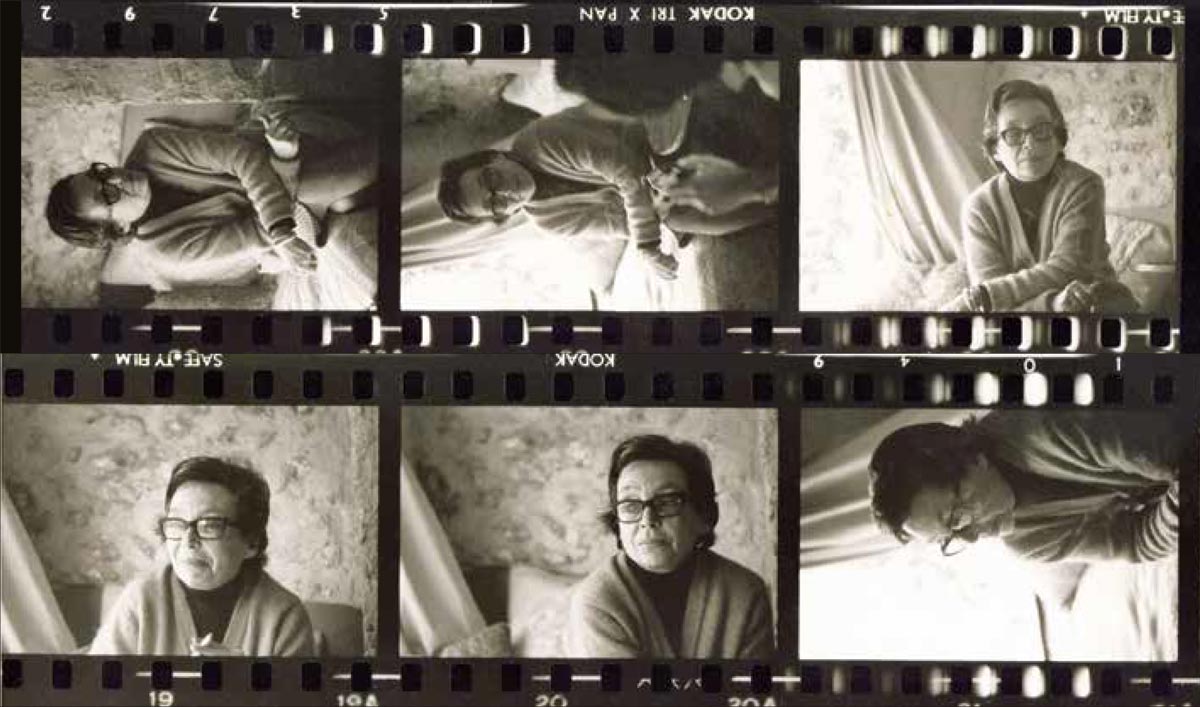