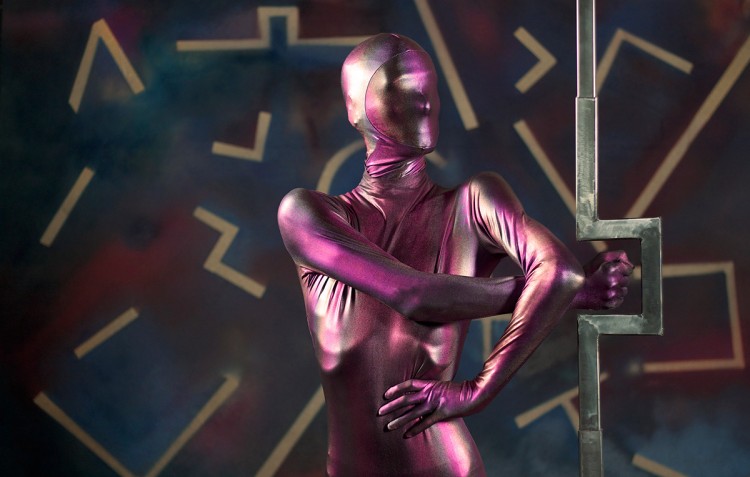 In 2014, MALBA invited a group of young Argentine curators to formulate proposals for a project linked to the idea of performance geared specifically to the museum’s space. Laeticia Mello (Buenos Aires, 1983) devised the winning project in conjunction with artist Osías Yanov (Buenos Aires, 1980). “Yanov’s proposal for MALBA is based on research into gestural operations taken from the Argentine cultural machinery that are then processed to form a new image at the boundary of the sexed as dissident posture,” Mello explains.

If a routine of movements were capable of establishing a law, what would a parliament of bodies based on choreographies be like? Through performance practices in relation to sculptural elements, this work explores the individual as generator of changes by means of his or her physical reverberations.

Osías Yanov conceives of the body as an endless reservoir of meanings. In his work, that conception yields a space of communication that goes beyond the strategies of a merely visual language to take the shape of a discourse of action that lies beyond the norm. “Performer and sculpture come together in his work in a new gestural code rooted in a dynamic of movement between body, object, and viewer that challenges the limits of representation in performance and the visual arts,” Mello asserts.

Enunciation of the Body

The curatorial design entails four simultaneous clusters of action on different floors of MALBA. One day of the week, ten performers chosen on the basis of bodily stance or personality will use iron sculptures previous produced by Yanov as scores to compose a choreography. On a formal level, the sculptures dialogue with the performers.

In Mello’s word, “This body of work formulates four topics—boundary, penetration, subjugation, and synthetization—through which the performers dialogue with the museum’s structures and architecture. The pieces trace a diagram of vital exercises where bodies attempt to explore sensibilities beyond the conditions of gender, territory, and identity.”

One of the resources that furthers the conceptual alteration of the body in Yanov’s work is the use of cat suits. The performers wear outfits made of artificial materials and shiny plastics whose metallic textures are “reminiscent of techno-performances where the identity of the body is lost and conceptions of gender challenged in a desire to connect to deeper aspects of its being,” the curator explains.

A book featuring documentation of the work, an introduction by Agustín Pérez Rubio (artistic director of MALBA), and a curatorial essay by Laeticia Mello entitled “Osías Yanov: Enunciación del cuerpo” will be published in conjunction with the exhibition.

Osías Yanov’s work ensues at the threshold between the disciplines of dance and sculpture. Through form, gesture, and symbol, his works address issues of gender identity, the reconfiguration of the body in response to its environment, and pain as a form of ecstasy and liberation.

Yanov has studied at the most prestigious centers of art education in Argentina: the Universidad Torcuato Di Tella/Beca Kuitca (2010-2012), the Centro de Investigaciones Artísticas (CIA) (2009-2010), Intercampos/Fundación Telefónica (2007-2009). He has studied theater, dance, and choreography with important figures like Florencia Vecino (contemporary dance) and Vivi Tellas (biodrama).

In pursuit of a broader conception of authorship, Yanov and four other artists working in different fields founded the Rosa Chancho art collective in 2006. Rosa Chancho uses the performance medium to create narrative moments where it is impossible to distinguish between group and individual.

Starting in 2006, exhibitions of his work have been held in Argentina, Spain, France, Brazil, and Russia. His works are part of the collections of the Cisneros Foundation, Jorge Federico Klemm Foundation, the Museo de Arte Contemporáneo de Rosario, Argentina (Macro) and the Museo de Arte Moderno de Buenos Aires (MAMBA), among others. He is currently applying his research to the sphere of education. 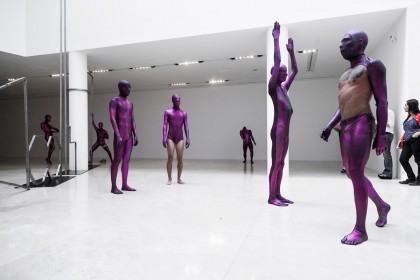 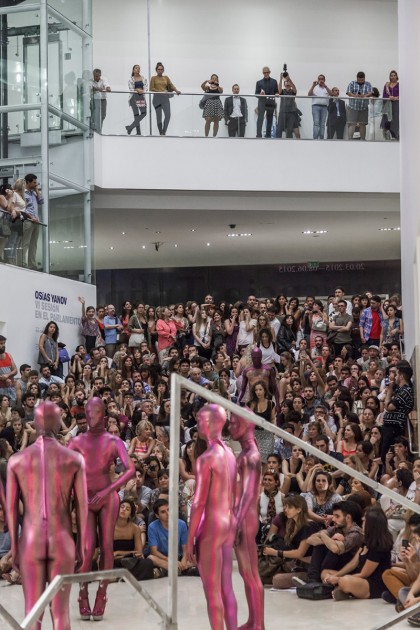 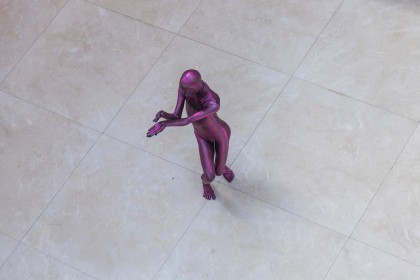 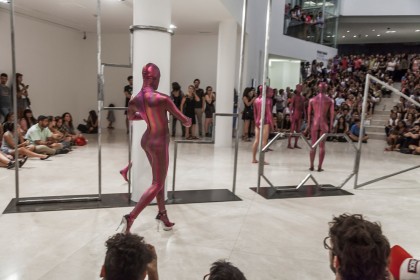 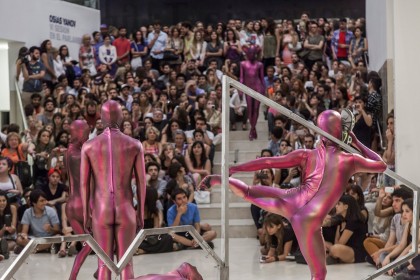 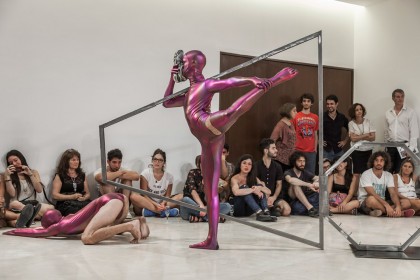 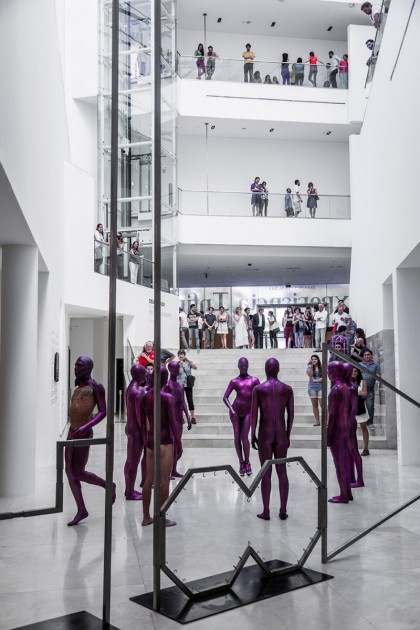 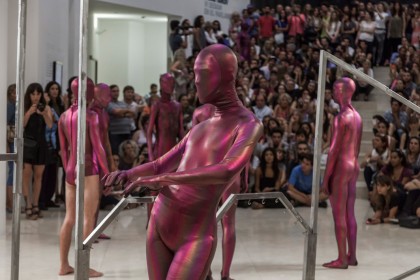 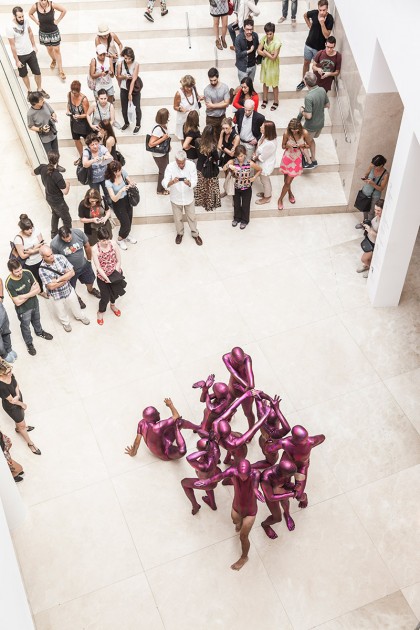 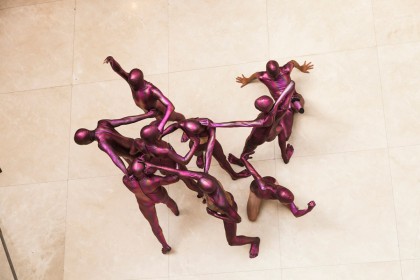 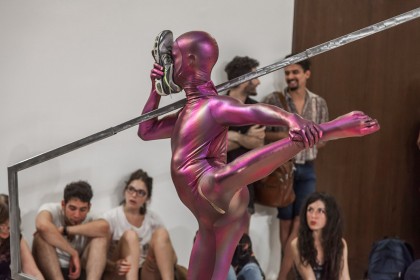 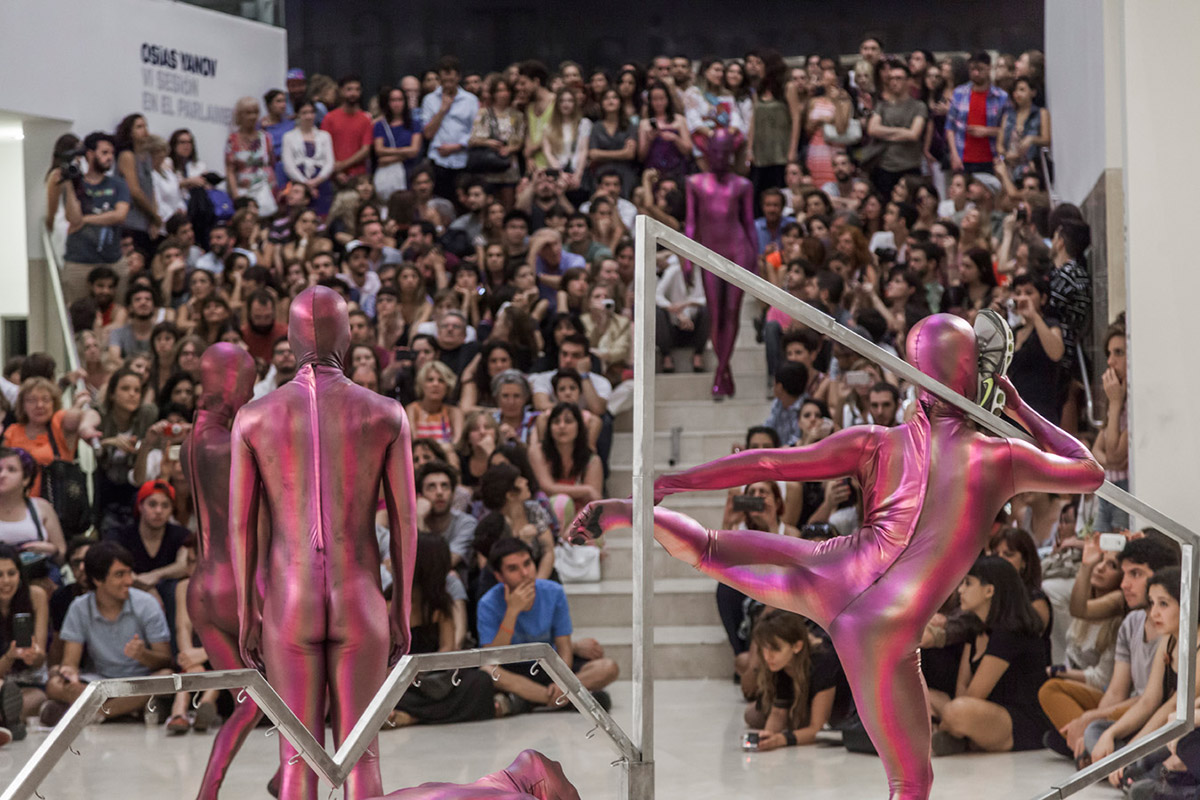 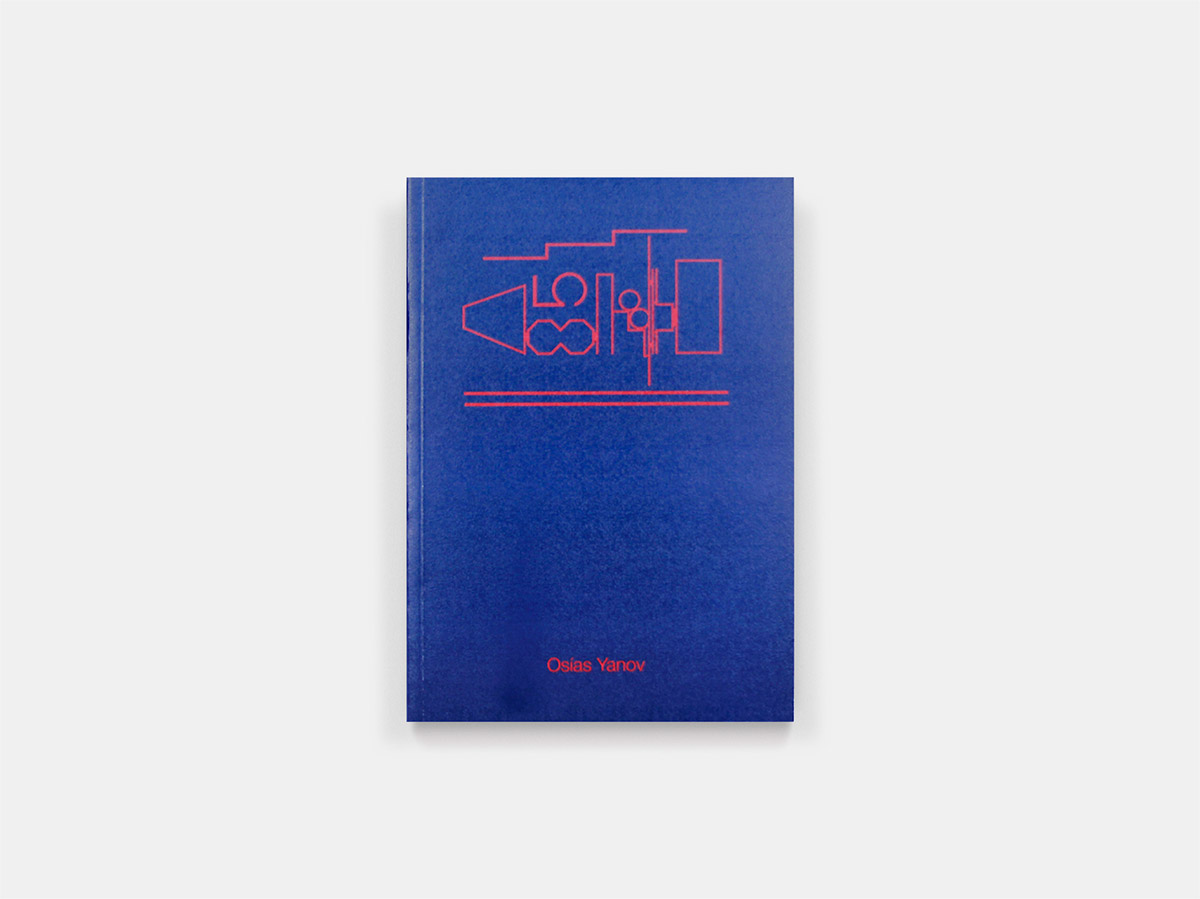