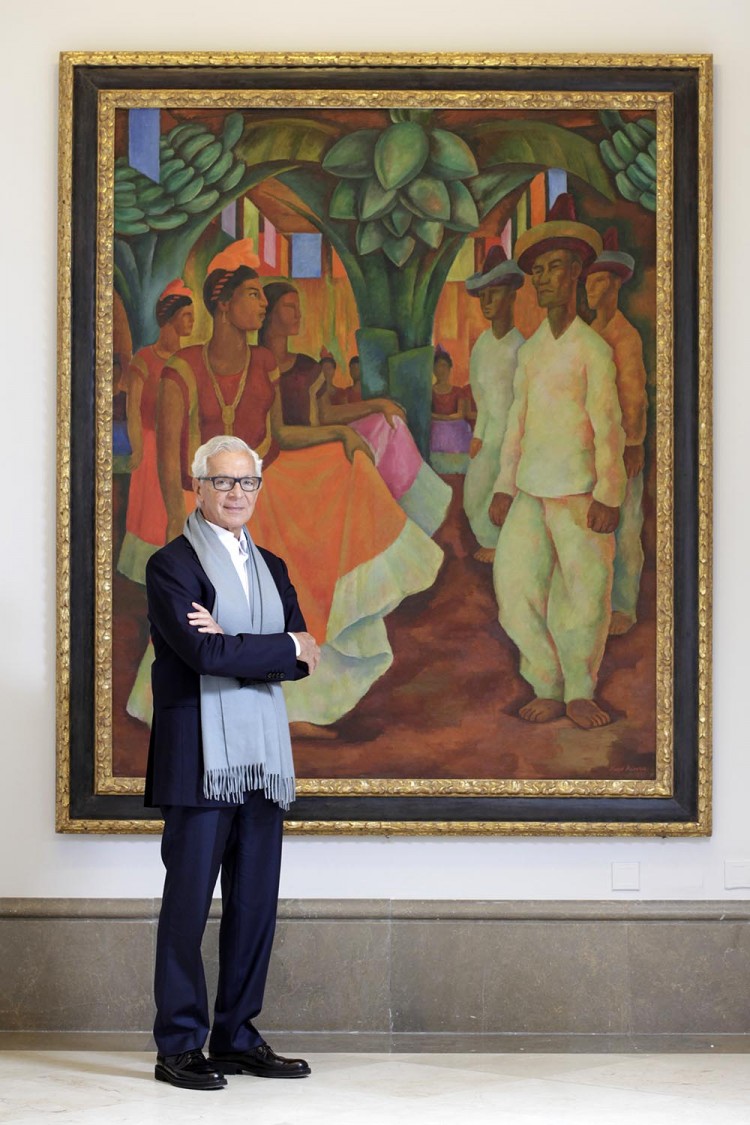 MALBA announces its schedule of exhibitions for 2016 under the direction of Agustín Pérez Rubio, the museum’s artistic director. The program consists of three major exhibitions that, in keeping with the museum’s guidelines, include one centered on Argentine art, a second on art from the larger Latin American region, and a third exhibition of an international nature. This year will also include the presentation of a new exhibition of MALBA’s permanent collection on the occasion of the fifteenth anniversary of the museum’s founding

In March, Perspectiva, an anthological exhibition that encompasses twenty-five years of production by Jorge Macchi (Buenos Aires, 1963), will be held at the museum. The show will include videos, paintings, installations, sculptures, and works on paper produced from 1992 onward. For decades, Macchi has developed an open body of work that is at once rigorous and poetic. He transforms commonplace images by means of light and shadow, dynamic sequences, and repetition effects that alter perception and upset conventional vision.

Dream Come True, the second major exhibition of the season, will open in June. This is the first retrospective of artist Yoko Ono (Tokyo, 1933)—an essential figure in conceptual and participatory contemporary art—to be held in Argentina. Curated by Agustín Pérez Rubio and Gunnar B. Kvaran, the show includes over eighty works, among them objects, videos, films, installations, sound pieces, and recordings produced from the early sixties into the present. The cornerstone of the show is the Instructions Pieces, which Ono has been working on for over fifty years. The artist will travel to Buenos Aires in June to attend the opening.

Finally, in November, MALBA will present a selection of 130 pieces from the Fadel Collection, one of the largest and most comprehensive collections of Brazilian art from the late 19th century through the present. The exhibition will be curated by Victoria Giraudo in conjunction with distinguished curator and art historian Paulo Herkenhoff, current director of Museu de Arte do Rio (MAR) in Rio de Janeiro, and consultant to the Fadel Collection. The show provides an overview of the different modern and avant-garde movements essential to the foundation of Brazilian culture as well as works from the early contemporary period. Essential works by artists like Anita Malfatti, Tarsila do Amaral, Lasar Segall, Di Cavalcanti, Portinari, Cicero Dias, Maria Martins, Lygia Pape, Hélio Oiticica, Lygia Clark, and others will be on exhibit. The curatorial proposal is intended to dialogue with the MALBA Collection.

In September, on the occasion of the 15th anniversary of the museum’s founding, MALBA will present a new exhibition of its permanent collection. The layout formulates a new reading of Latin American art on the basis of a broader curatorial and architectural discourse. Andrea Giunta (member of the museum’s Scientific Artistic Committee and Director of the Centro de Arte Experimental at the Universidad Nacional de General San Martín (UNSAM)) and Agustín Pérez Rubio will devise a far-reaching, plural, and diverse vision of the collection that focuses not only on historical works and “masterpieces” but also on pieces never before exhibited. “With the participation of the other members of the museum’s Scientific Artistic Committee and external contributors, it is our intention to devise a new vision of the collection and of our own methodologies every two or three years in order to generate new discourses on the region’s art,” explains Pérez Rubio.

A research project on the collection that has been underway for over a year will be presented in the framework of the exhibition, a study to which important critics and historians specialized in different artists in the museum’s collection have contributed. This research will lead to the creation of new bibliographical records, reference material for the region’s historiography and for future publications, exhibitions, and projects such as the museum’s online collection.

During the entire year, Gallery 3 (level 1) will continue to house the program dedicated to recognizing the production of Latin American women artists. In March, the Marcados [Marked] series by Claudia Andujar (Neuchatel, Switzerland, 1931; she has lived and worked in Brazil since 1954) will be on exhibit. The series consists of over eighty black-and-white photographs on the rich culture of the Yanomami indigenous community. October will witness the first solo exhibition of artist Alicia Penalba (San Pedro, Buenos Aires, 1913–Landes, France, 1982) ever held in a museum in Argentina. The show will include a selection of her abstract sculptures and works (among them totemic, winged, monumental, and petits works) from different series and periods produced during a career that lasted for over thirty years.

This year Gallery 1 (level -1), which is dedicated to experimental contemporary art, will house recent projects by three Latin American artists: Juan Tessi (Lima, Peru, 1972) will present an exhibition that investigates the relationship between painting and performance; and exhibitions by Voluspa Jarpa (Rancagua, Chile, 1971) and Carlos Motta (Bogotá, Colombia, 1978) that address political and social issues pertinent to the social construction of memory, religion, and cultural identities.

MALBA’s public programs for 2016 will accompany and expand on the issues and problems that the exhibitions address. They intend to generate platforms for discussion and reflection on contemporary artistic practices.

The design of the activities and their formats bear in mind the specific audiences to which they are addressed. Malba’s public programs attempt to create tools for reflection on the museum’s exhibitions, to expand on the contents of those exhibitions, to spark further research, and to facilitate the communication and study of pressing intellectual production.

On the basis of a transversal approach, the public programs for 2016 in the areas of film, literature, education, art, philosophy will focus on three key issues:

During 2016, the museum will present two projects for its esplanade—an important exhibition space intended either for large-format works conceived and produced specifically for the site or for major projects by important contemporary artists.

In April, the work Ballerina (2015) by celebrated North American artist Jeff Koons (York, Pennsylvania, 1955) will finally be presented. This is the first sculpture by Koons to be presented in a public space in Argentina. In October, in the framework of the exhibition by sculptor Alicia Penalba, a monumental (approximately five-meter tall) totem of her authorship will be on exhibit on the esplanade. 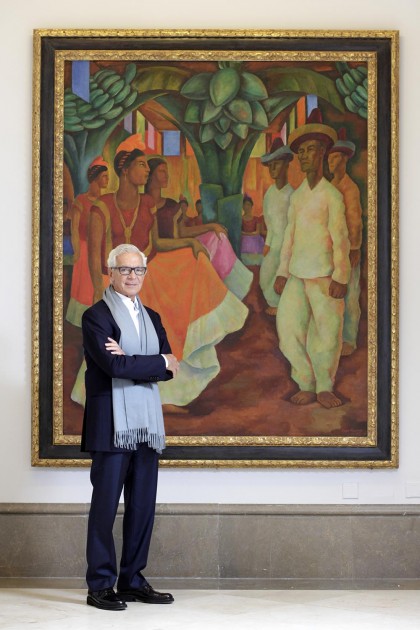 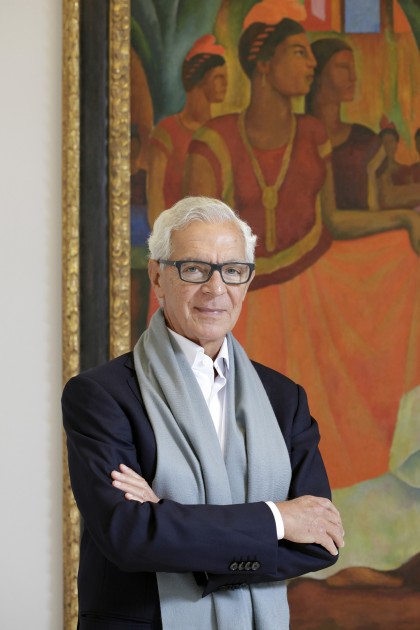 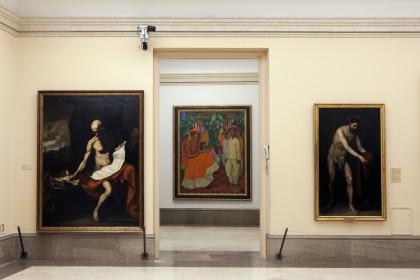