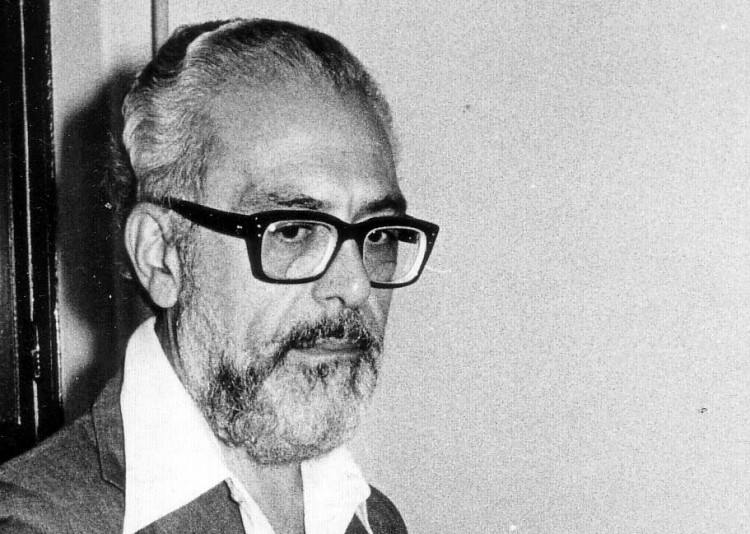 A Great Writer We Should Know
by J.M.Coetzee

The year is 1790, the place an unnamed outpost on the Paraguay River ruled from faraway Buenos Aires. Don Diego de Zama has been here for fourteen months, serving in the Spanish administration, separated from his wife and sons. Nostalgically Zama looks back to the days when he was a corregidor (chief administrator) with a district of his own to run:

Doctor Don Diego de Zama!… The forceful executive, the pacifier of Indians, the warrior who rendered justice without recourse to the sword…, who put down the native rebellion without wasting a drop of Spanish blood.

Now, under a new, centralized system of government meant to tighten Spain’s control over its colonies, chief administrators have to be Spanish-born. Zama serves as second-in-command to a Spanish gobernador: as a Creole, an americano born in the New World, he can aspire no higher. He is in his mid-thirties; his career is stagnating. He has applied for a transfer; he dreams of the letter from the viceroy that will whisk him away to Buenos Aires, but it does not come.

Strolling around the docks, he notices a corpse floating in the water, the corpse of a monkey that had dared to quit the jungle and dive into the flux. Yet even in death the monkey is trapped amid the piles of the wharf, unable to escape downriver. Is it an omen?

Besides his dream of being returned to civilization, Zama dreams of a woman, not his wife, much as he loves her, but someone young and beautiful and of European birth, who will save him not only from his present state of sexual deprivation and social isolation but also from a harder-to-pin-down existential condition of yearning for he knows not what. He tries to project this dream upon various young women glimpsed in the streets, with negligible success.

Male colleagues invite him to join them in a visit to a brothel. He declines. He has intercourse with women only if they are white and Spanish, he primly explains.

From the small pool of white and Spanish women at hand he selects as a potential mistress the wife of a prominent landowner. Luciana is no beauty—her face puts him in mind of a horse—but she has an attractive figure (he has spied on her, bathing naked). He calls upon her in a spirit of “foreboding, pleasure, and tremendous irresolution,” unsure how one goes about seducing a married lady. And indeed, Luciana proves to be no pushover. In his campaign to wear her down, she is always a move ahead of him.

As an alternative to Luciana there is Rita, the Spanish-born daughter of his landlord. But before he can get anywhere with her, her current lover, a vicious bully, humiliates her grossly in public. She pleads with Zama to avenge her. Although the role of avenger attracts him, he finds reasons not to confront his formidable rival. (Zama’s author, Antonio Di Benedetto, provides him with a neatly Freudian dream to explain his fear of potent males.)

A mulatta gives him an inviting look. He follows her into the dingier quarter of the town, where he is attacked by a pack of dogs. He dispatches the dogs with his rapier, then, “swaggering and dominant” (his language), takes the woman. Once they are finished, she offers in a businesslike way to become his kept mistress. He is offended. “The episode was an affront to my right to lose myself in love. In any love born of passion, some element of idyllic charm is required.” Later, reflecting on the fact that dogs are as yet the only creatures whose blood his sword has spilled, he dubs himself “dogslayer.”

Zama is a prickly character. He holds a degree in letters and does not like it when the locals are not properly respectful. He suspects that people mock him behind his back, that plots are being cooked up to humiliate him. His relations with women—which occupy most of the novel—are characterized by crudity on the one hand and timidity on the other. He is vain, maladroit, narcissistic, and morbidly suspicious; he is prone to accesses of lust and fits of violence, and endowed with an endless capacity for self-deception.

He is also the author of himself, in a double sense. First, everything we hear about him comes from his own mouth, including such derogatory epithets as “swaggering” and “dogslayer,” which suggest a certain ironic self-awareness. Second, his day-to-day actions are dictated by the promptings of his unconscious, or at least his inner self, over which he makes no effort to assert conscious control. His narcissistic pleasure in himself includes the pleasure of never knowing what he will get up to next, and thus of being free to invent himself as he goes along.