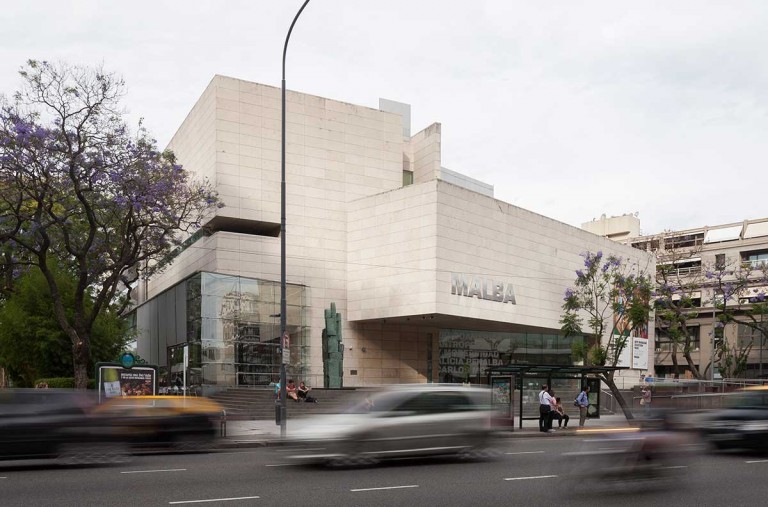 Since 1990, the Costantini Collection has been visited by local and international specialists and scholars; it has received numerous requests to loan its artworks to be exhibited in shows of Latin American art in different countries in the Americas and in Europe. In 1996, the collection was publicly presented as a whole for the first time in the Museo Nacional de Bellas Artes in Buenos Aires. It was then shown at the Museo Nacional de Artes Visuales in Montevideo. Between 1998 and 1999, a large set of the collection’s most outstanding works was shown at the Museu de Arte Moderna de São Paulo, at the Museu de Arte Moderna de Rio de Janeiro and at the Fundación “La Caixa” in Madrid.

On four occasions between 1997 and 2000, the Foundation awarded the Premio Costantini at the Museo Nacional de Bellas Artes in Buenos Aires. This prize provided a stimulus to Argentinean artistic production at the same time that it served to incorporate works by the latest generation of artists into the collection by way of its acquisition first prize.

In late 1998, arose the possibility of purchasing a strategically located tract of land on the city’s urban and cultural circuit for the construction of a museum. An international open call was then organized by the International Union of Architects, within the framework of the Bienal Internacional de Arquitectura de Buenos Aires. Four hundred and fifty proposals from 45 different countries were presented. The selection was made by an international jury of architects and the first prize was awarded to three young Argentinean architects: Gastón Atelman, Martín Fourcade and Alfredo Tapia.

The construction of the new building, the development of the institutional organization, the collection’s expansion, the insertion of the museum on the international cultural map and, above all, the public stature of its objectives and mission were all challenges that eventually transformed a private passion into a project with enormous impact on the community.

Malba is a dynamic and interactive cultural arena where temporary exhibitions of a very diverse nature (for example, joint undertakings with other museums, international collections and similar foundations from around the world) and exhibitions of contemporary Argentinean and Latin American art are presented. In addition, it has a major film program and an archive that grows on a monthly basis through the acquisitions and the restoration of films essential to film history. The Museum also organizes a variety of literary activities, such as encounters with writers, courses, seminars, literary talks, book presentations and other events.

The education and cultural activities department includes children’s programs, guided tours and activities carried out in conjunction with civic organizations. These activities offer the entire community the possibility of becoming familiar with, enjoying and studying some of the most important artists and artistic movements from the past century.

The mission of Malba is to collect, conserve, study and create awareness of Latin American art from the early 20th Century to the present. Our principal objectives are to educate the public and to awake their interest in Latin American creators; to contribute to the understanding of Latin America’s cultural production, furthering recognition of the region’s cultural and artistic diversity; to share responsibility with the national and international community in these efforts by promoting artistic exchange between national, regional and international institutions and supporting innovative programs that focus on the visual arts and Latin American culture.

The temporary exhibitions that the Museum presents each season seek to bring Latin American and international artists and works closer to the community, complementing our educational activities and the divulgation of the permanent collection. During these first nine years we have been encouraged by the invaluable support of a demanding public and an eager press and media. Steadfast support from other institutions and private collectors has allowed us to develop an exhibition policy that has allowed for the realization of more than 50 shows. Every season, there are exhibitions of Argentinean Art, Latin American and International Art, Modern and Contemporary art; the museum exhibits the enormous range of techniques, materials and supports that have arisen in the visual arts since the beginning of the 20th Century. Some of these exhibitions are produced solely by Malba, some are co-produced with other institutions and some are itinerant shows. The Museum works with local and international curators, participating in the discussion of every project in order to ensure the best results possible. Eight exhibitions are held every year and each one is accompanied by a catalog and a didactic brochure that is distributed free of charge. Starting in 2003, Malba has explored and expanded its publications area in order to contribute to the production and circulation of ideas and debate on artistic production, especially from Argentina and the surrounding region. 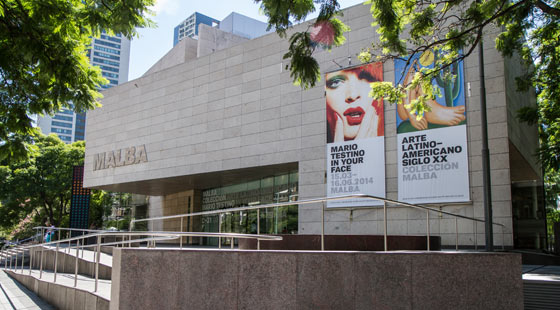 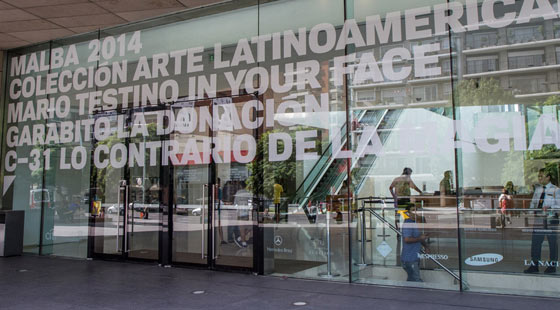 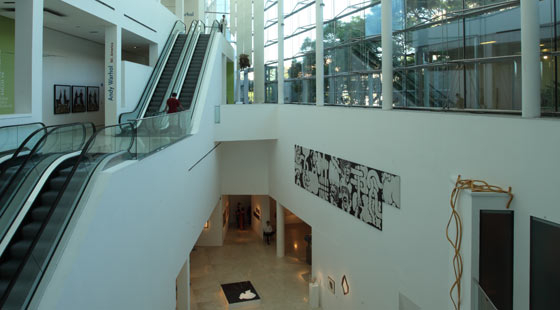 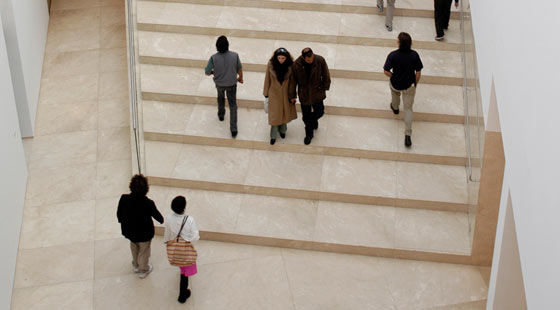 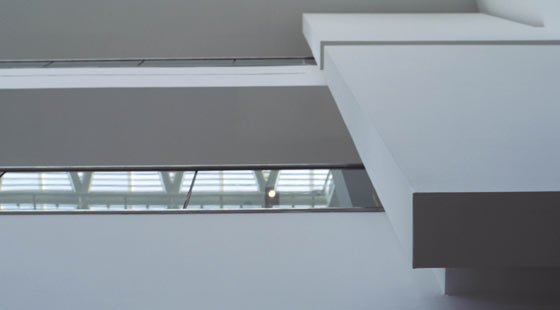 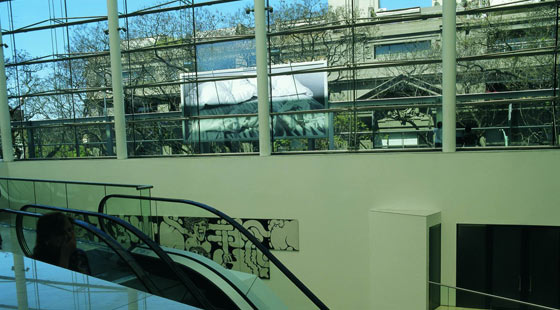 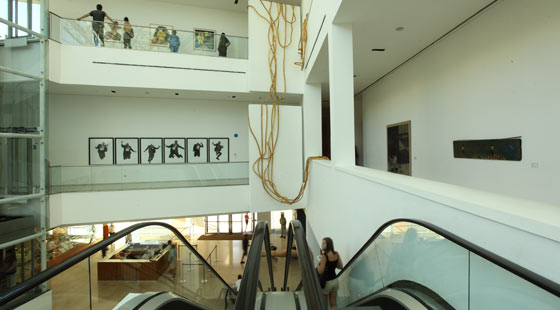 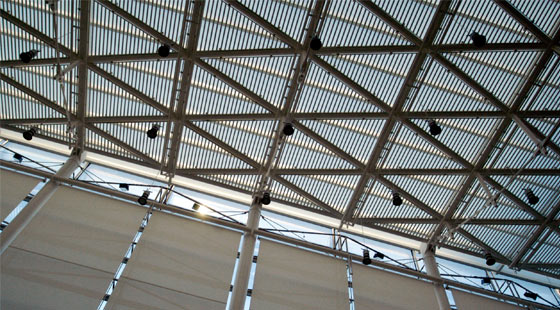 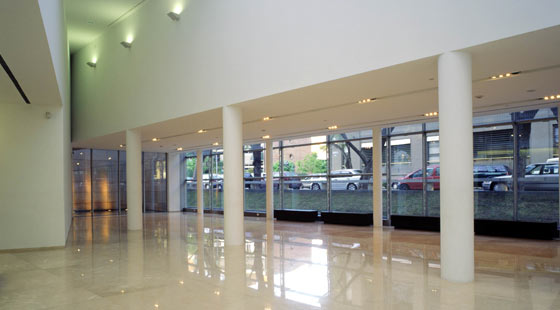